Since falling in love with the sound of folk and early country music at the age of seventeen, you could loosely divide Chris Coole’s 30-year career as a full-time musician into three eras – ten years as a Toronto street and subway busker; ten years playing bluegrass residencies around Toronto’s bar scene; and ten years touring internationally; both solo and with the likes of The Lonesome Ace Stringband, The David Francey Band, and The Foggy Hogtown Boys.

“Apart from being my life’s passion, music has always been my job, and I’ve always taken a sort of workaday approach to it. I think that has helped temper some of the ups, downs, and emotional pitfalls inherent in pursuing a life in the arts. There’s just always been something to show up for – whether it was a subway station every morning at 7 am, the Silver Dollar Room every Wednesday night for fifteen years, the tour van, or a banjo student. It may not make for the most glamorous PR copy, but It’s definitely the main plot of my musical journey.”

Throughout this musical journey, Chris has perhaps become best known as being one of the leading purveyors of the modern clawhammer-style banjo. He has developed a highly personal style that has often been described as instantly recognizable.

“I think being far-removed geographically, and culturally, from the roots of the music associated with clawhammer banjo has afforded me a lot of freedom to develop my own voice, and take my own path on the instrument. I would like to think that my love of traditional Appalachian music is apparent to a listener, but authentic re-creation or interpretation has never been a priority - or frankly, something that I’m particularly good at. I’m a city boy from Canada that got exposed to southern music from watching re-runs of The Andy Griffith Show, and I imagine that’s what people are hearing as much as my love of Kyle Creed!”

This unique voice on the instrument has not gone unnoticed by his fellow musicians and has led to playing as a collaborator (Ivan Rosenberg, Erynn Marshall, Arnie Naiman), sideman (Jim Cuddy, Natalie McMaster, Justin Rutledge, John Reischman, Sylvia Tyson), or producer (The Slocan Ramblers, David Francey)  on over 200 recordings.

Chris wrote his first song at age seven; a 6/8 dirge about Wayne Gretzky. Since that auspicious and uniquely Canadian beginning, he has continued to hone his craft and to date has recorded over fifty original songs and instrumentals. Apart from appearing on his own projects, his songs have been covered and recorded by artists such as Eli West, Jenny Whiteley, The Grasscals, and The Sweet Lowdown.  Of his songwriting, Penguin Eggs magazine has said “Renowned for his clawhammer banjo picking, Coole now establishes himself as a gripping songwriter”.

Coole is a sought-after teacher of both banjo, guitar, and songwriting at workshops and festivals across Canada, the U.S., and Europe (Augusta Heritage Centre, Sore Fingers, Rockygrass Academy, Nimble Fingers, Midwest Banjo Camp). He has produced a popular series of online workshops as well as an instructional DVD.

“I come from a family of school teachers, so I sort of think teaching is in my blood. I believe teaching can be as artful as any other part of music. Finding a clear and eloquent way to explain something as beguiling as music can be as satisfying as writing a song.”

These days, Chris devotes much of his time to playing banjo in The Lonesome Ace Stringband. Together, they have recorded 5 albums and played at festivals such as Merlefest, Rockygrass, Winnipeg Folk Festival, Mariposa, Wintergrass, and The Vancouver Folk Festival.

In November 2022, he released his third solo album “The Old Man and the C Chord”, which features ten original songs written over the course of the lockdown.

“Renowned for his clawhammer banjo picking, Coole now establishes himself as a gripping songwriter”

— Mitch Podolak (co-founder of the Winnipeg and Vancouver Folk Festivals, and all around solid person) 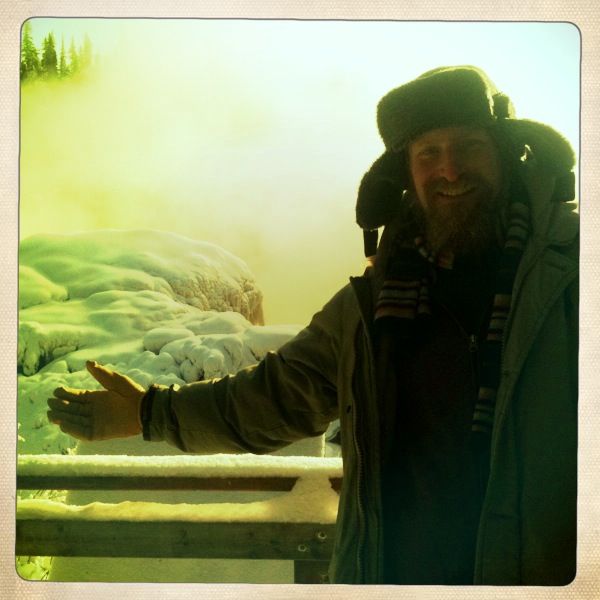